Green short-sleeved shirt with yellow on the collar & edges of the shirt-sleeves and brown slacks, black eyes and hair

Max is four years old. He is Emmy's younger brother. For the most part, he and Emmy get along fine, but occasionally have arguments. He is prone to anger. His best friend is Ord. Though Max loves his older sister, Emmy, he sometimes struggles with being the younger brother, upset about being too little to do certain things, or frustrated when Emmy acts in certain ways. He is an adventurous sort and sometimes helps to give courage to Ord when he's afraid of things like visiting a dark forest. He is kind to others and encourages Emmy when she is at first reluctant about allowing Enrique to share the secret of Dragon Land. He often enjoys acting silly or goofy. He sometimes acts in a stubborn manner, determined to prove that a child his age can do things on his own, even when he really needs help. He usually wears a green short-sleeved shirt with yellow on the collar & edges of the shirt-sleeves and brown slacks. 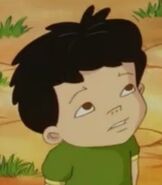 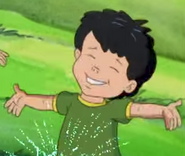 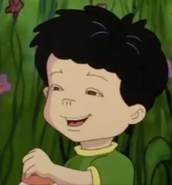 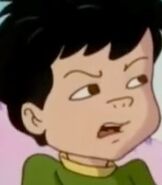 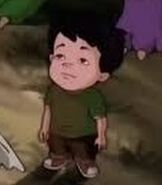 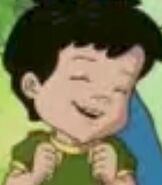 Add a photo to this gallery
Retrieved from "https://duchess-productions.fandom.com/wiki/Max_(Dragon_Tales)?oldid=24304"
Community content is available under CC-BY-SA unless otherwise noted.